A Sensorial Journey with Lin Tianmiao

A Glimpse of Lin Tianmiao’s Practice

Lin Tianmiao born in 1961 is one of the first female Chinese artists working with video and installation. She has always worked with materials related to femininity such as cotton, hair, and silk, using them to wrap and cover everyday objects. After studying art in Beijing, she spent 7 years studying and working in New York before returning to China in 1995. In 2017, after 20 years of practice, Lin left her initial concerns of feminism and stop using the traditional materials her work was associated with, to start working with glass.

Embark on a Sensorial Journey of Consciousness with Lin Tianmiao

“Systems”, Lin Tianmiao’s first institutional solo exhibition in Shanghai, presents representative works of Lin’s practice like Day-Dream and High !!! alongside recently created large-scale installations and interactive works that are shown for the first time. In this solo show “the human body is her central concern” explains the exhibition’s curator Alexandra Munroe. It takes the visitor on a sensorial journey from self to social consciousness. In the new immersive installation Reaction, viewers are able to see, sense, and hear their own ‘blood’ in motion. While In the specially commissioned large-scale installation My garden, the public is invited to walk through a “Greenhouse Garden” made of glass tubes that resemble a forest.
The show is organized by the Rockbund Art Museum in Shanghai, in collaboration with Shanghai Museum of Glass, with Alexandra Munroe as Consulting Curator and Xiaorui Zhu-Nowell as assistant curator.  The artist is also participating in “Art and China after 1989” currently on view at Guggenheim museum in Bilbao. 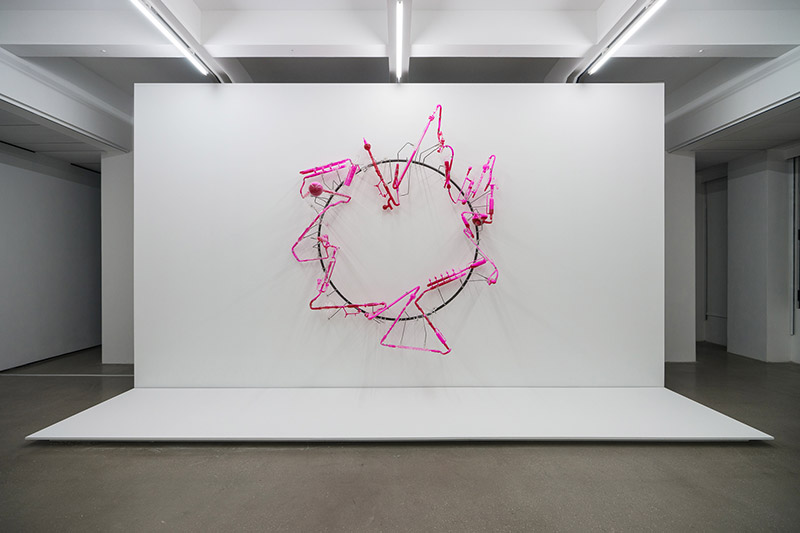 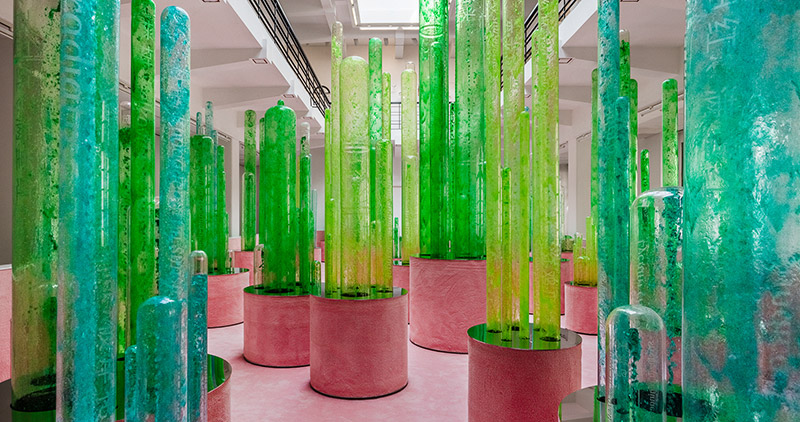 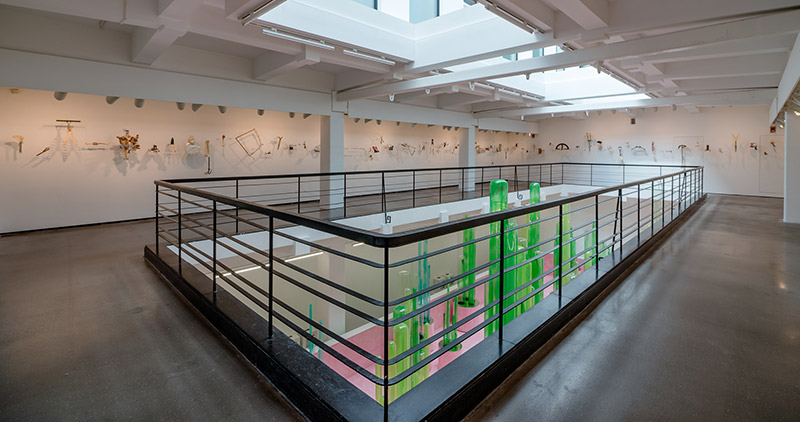 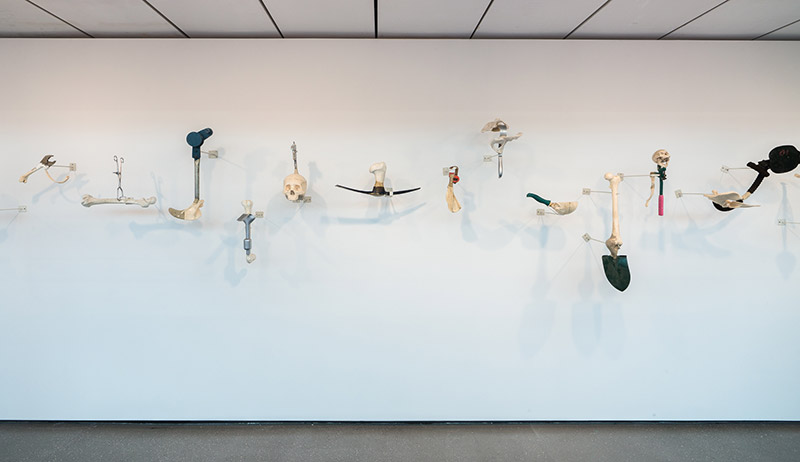 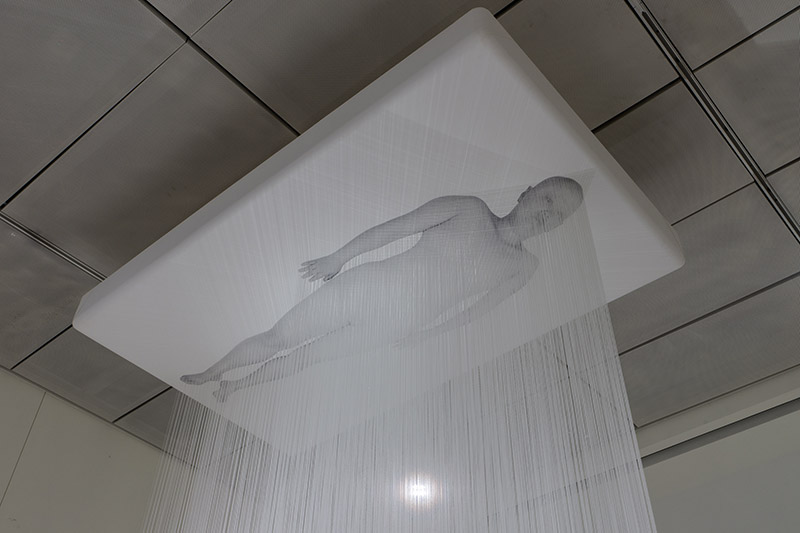 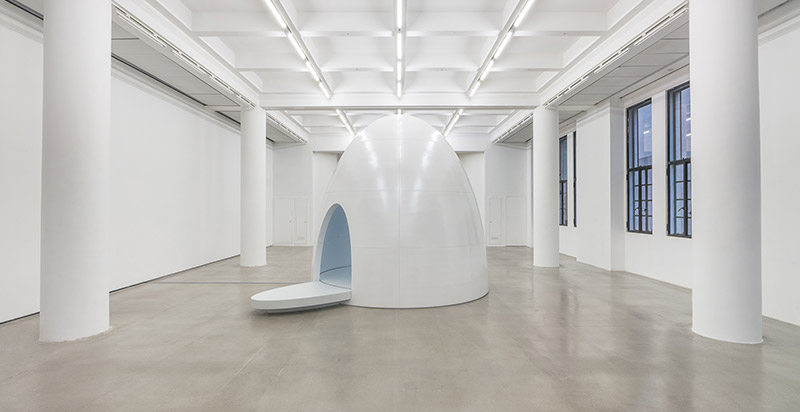