Smog Free Project is a series of urban innovations (air purifiers and bicycles) promoting the beauty of clean air led by the Dutch designer Daan Roosegaarde. This project gained worldwide recognition by being awarded with: Grand award for Sustainability, Gold Award Design for Asia, Platinium A’Design Award, German Design Award Excellent Product Design. His project went so far as to winning the 2018 Beijing media architecture in future trends and prototypes categories. On March 1st he won the Design That Educates Award.

Daan Roosegaarde and his team of experts have created the world’s first largest air purifier (smog vacuum cleaner). The 7-meter high tower cleans 30.000 m³ of polluted air (purifying at the Nano level PM2.5, PM10 particles).As a result, the air in the area around the tower is 55 to 75 percent cleaner than in the rest of the city. In September 2016 the Smog Free Tower was implanted in Beijing, then several months after, in Tianjin.

The only wastes of this tower are the collected particles of purified air. How can we turn pollution into diamonds? Up to 42 percent of the collected particles are made of carbon. The Smog particles filtered by the tower are compressed for 30 minutes and after that turned into dark, boxy gems. The result is later used to create Smog Free Rings, containing 1000 m³ of pollution previously collected in Beijing and Rotterdam. Made by hand, Smog Free Rings are part of the art collection of Stedelijk Museum Amsterdam. In addition they can be even used as an engagement ring by couples all over the world.

In short, the Smog free tower, rings and bicycles provide a local solution of clean air in public spaces. The bicycles draw their inspiration from the Smog Free workshop in Beijing which featured artist Matt Hope and Professor Yang from Tsinghua.

Here along with governments, students and the clean-tech industry, people can work hand in hand to turn our cities into smog free metropolises. 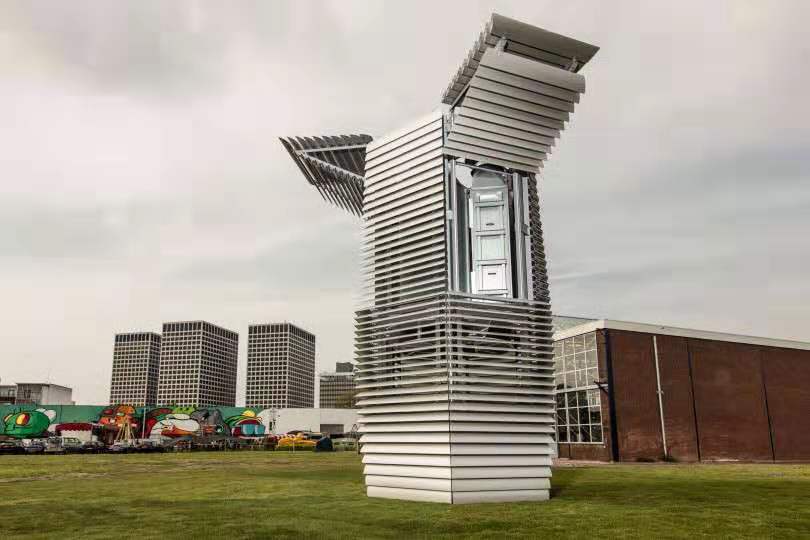 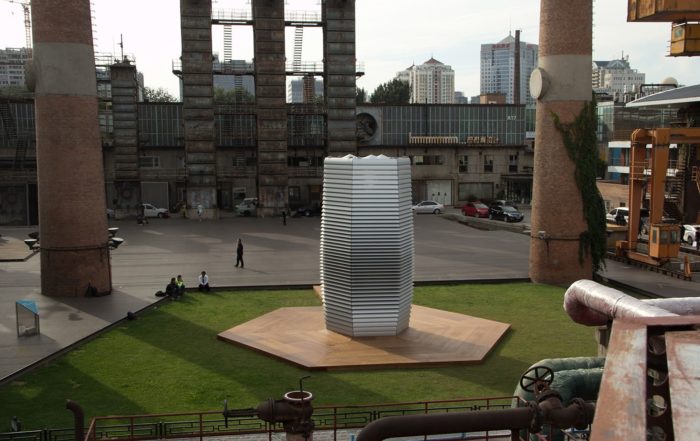 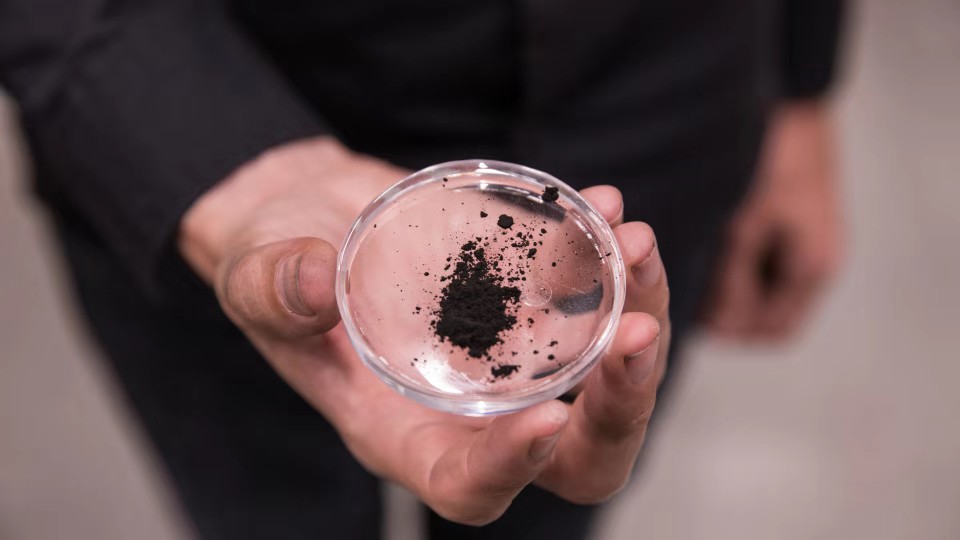 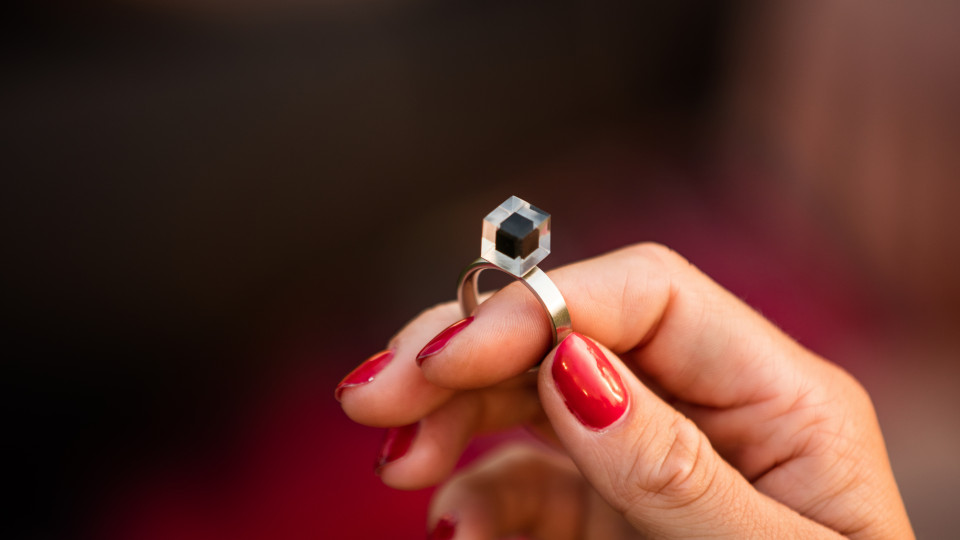 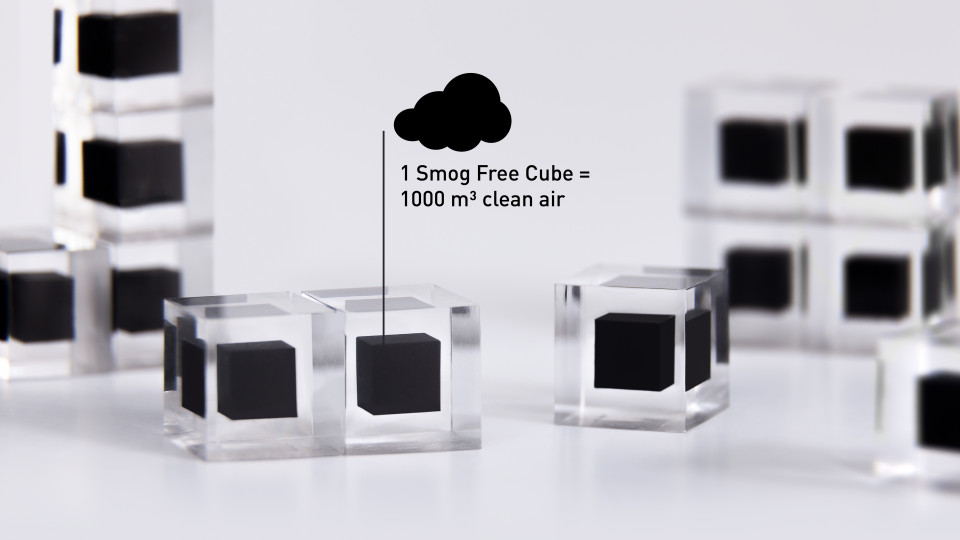 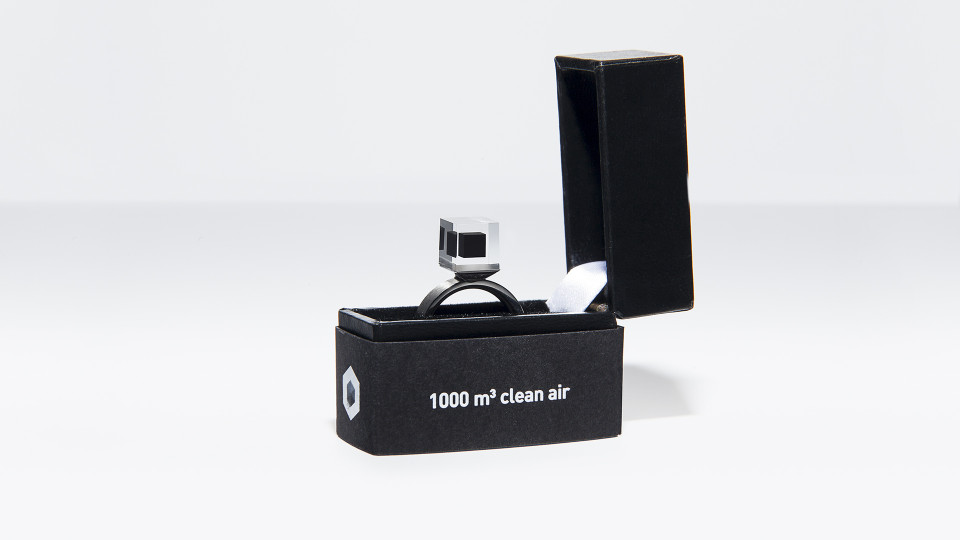 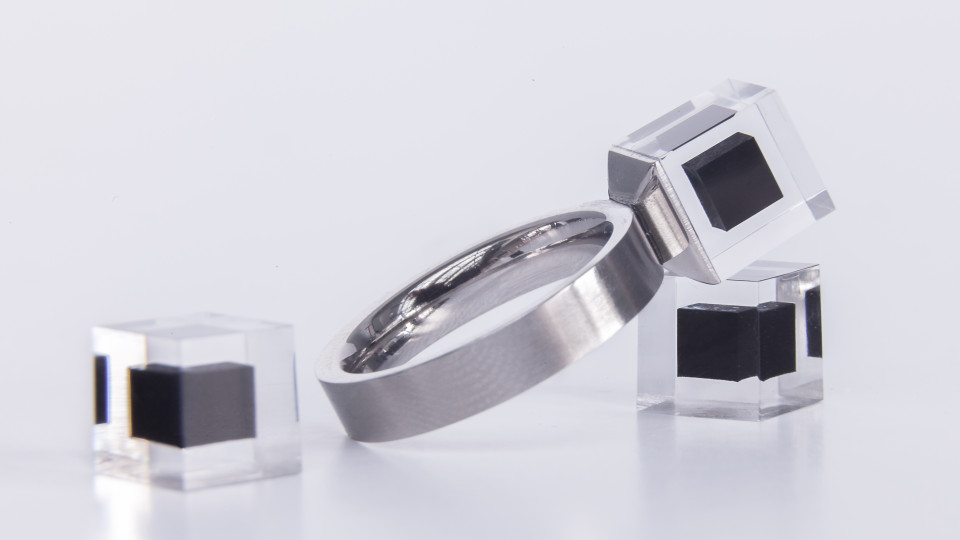