The needles of Fu Xiaotong | SOMEXING

The needles of Fu Xiaotong

Fu Xiaotong finds inspiration in her country’s rich visual history as she applies a modern touch to Chinese tradition. At Chambers Fine Art in New York and Art Basel Hong Kong, a selection of large works showcases her dedication to the time-intensive process of piercing paper with hundreds of thousands of pinpricks.

Fu’s preferred surface is Xuan paper, a handmade medium favored by Chinese ink painters for more than a thousand years. Where those artists use a brush, Fu reaches for a needle. She pierces the paper by poking a hole in its surface—an act she repeats thousands, sometimes millions of times until a pictorial image emerges. In Fu’s hands, a simple pinprick is transformed into a surprisingly expressive mark-making practice.

A recent graduate of China Central Academy of Fine Arts in Beijing, Fu tends to favor subjects central to the long history of Chinese painting. A serene sense of tranquility runs through her depictions of mountainscapes and oceans. People are nowhere to be found, replaced instead by utterly still landscapes undisturbed by the presence of humans. Color, likewise, has been eliminated, and each piece is presented in monochromatic white. Such uniformity calls to mind more contemporary artworks, like the pure white canvases of 1960s minimalist Robert Ryman. 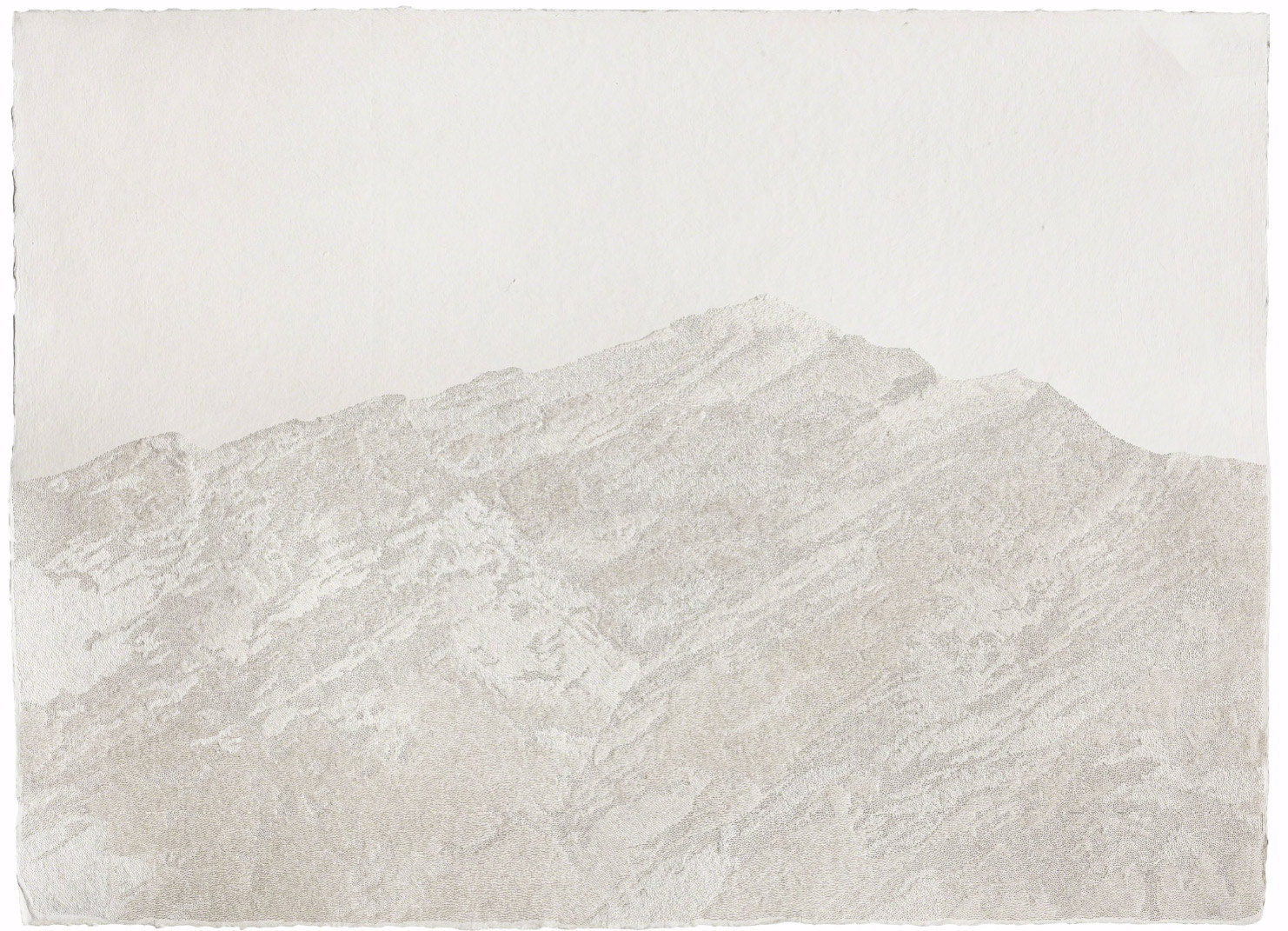 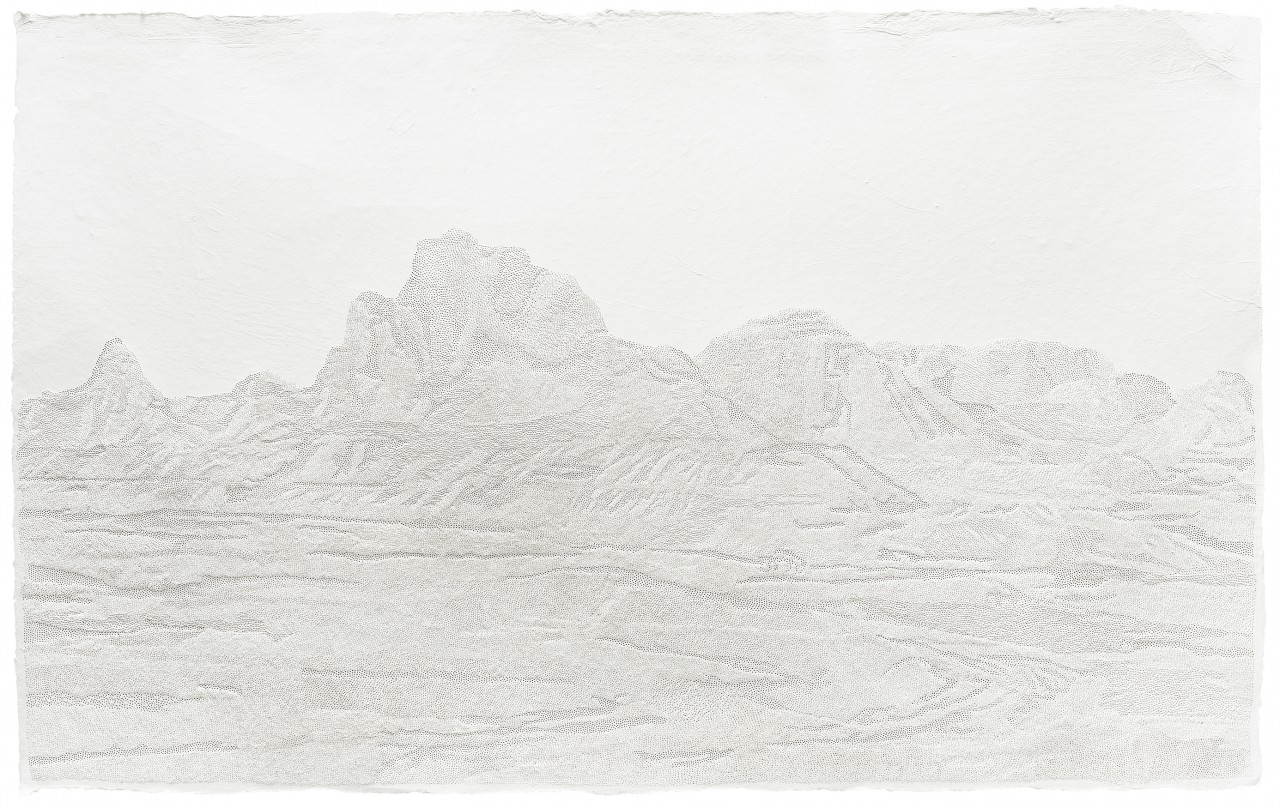 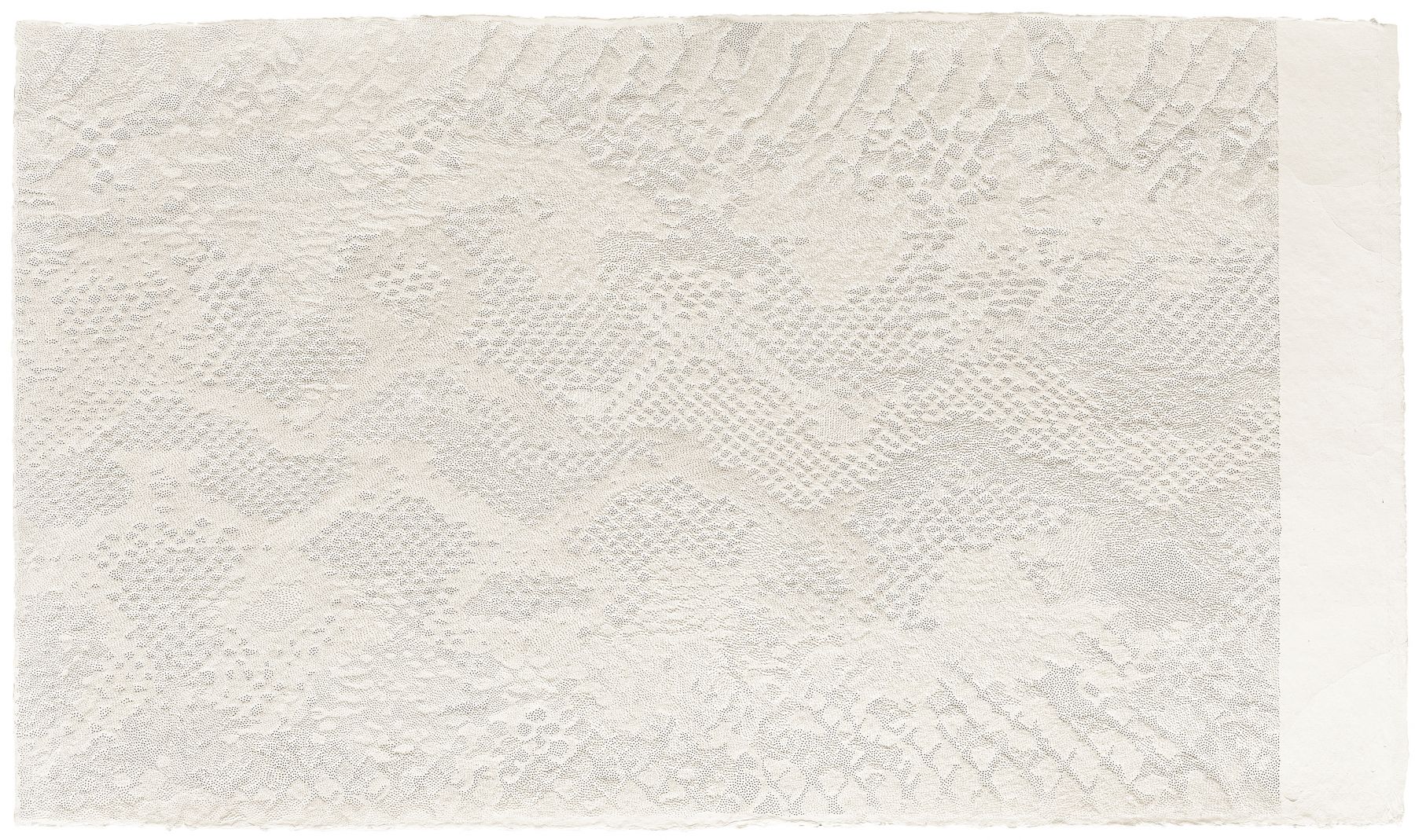 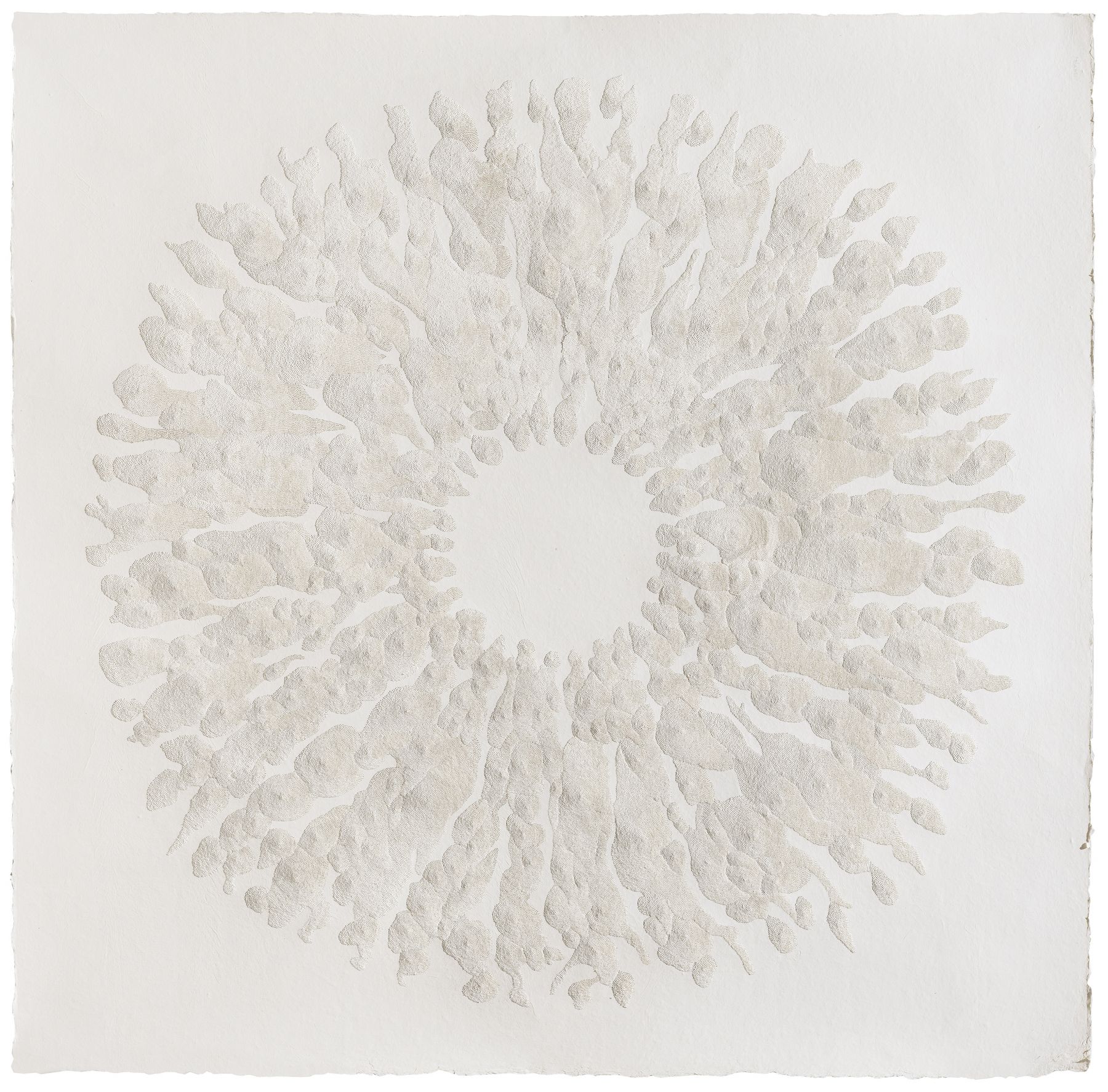