The 5th edition of West Bund Art & Design opened a day prior to Art021 Shanghai Contemporary Art Fair this November. The first one is founded by the famous Shanghai-based artist Zhou Tiehai and the second one, is co-founded by three very influent young collectors: Kylie Ying, Bao Yifeng and David Chau.

This year’s edition of West Bund Art & Design has significantly expanded with a growing number of participating galleries – 110, as well as an exhibiting space exceeding 20,000 sqm. The fair took place in two separate spaces, the West Bund Art Centre’s main hall hosting the ‘biggest names’ and a newly constructed adjacent Hall, welcoming a mix of young and established galleries from mainland China and overseas.

Since the two fairs were taking place at the same time and that a significant number of exhibitors have participated in both art fairs, there was as much competition as there was synergy. In addition, the galleries paid particular attention in the selection of artworks, to show the best of what they had to attract Chinese collectors. Many exhibitors presented solo shows or specially selected artworks of western artists who were exhibiting in town at that time.

The fair’s neighborhood, which has become Shanghai’s new art hub, has also attracted two important art venues: Shanghai TANK, which was founded by the collector Qiao Zhibing and designed by OPEN architecture, and the highly anticipated Centre Pompidou Shanghai’s outpost. This museum, designed by David Chipperfield, is close to completion and expected to open next year. 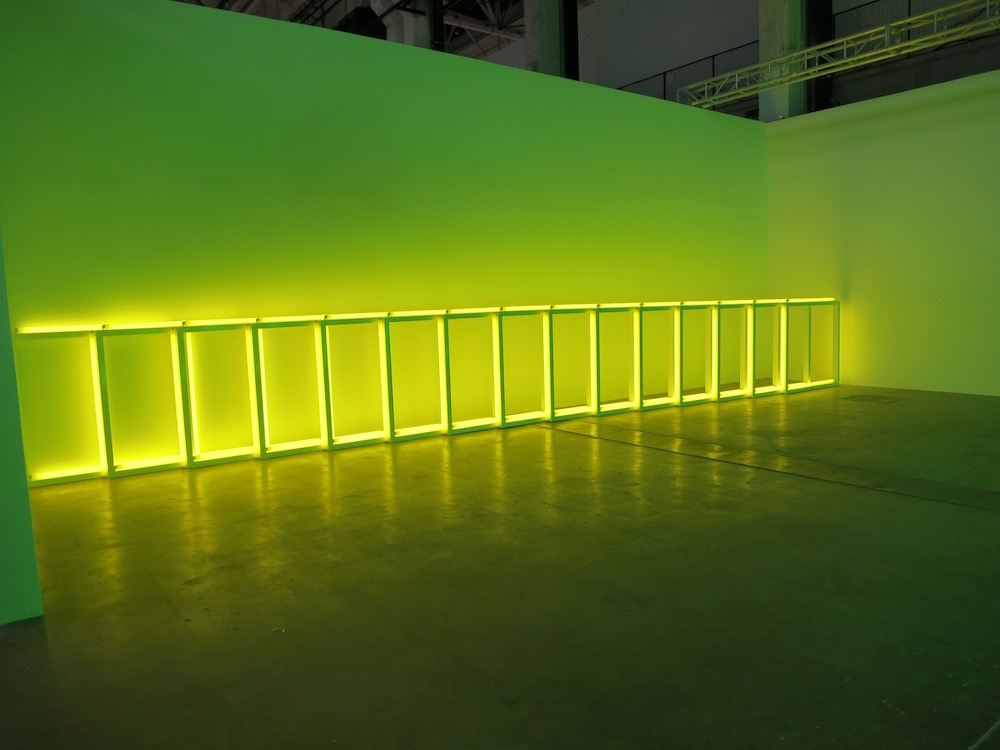 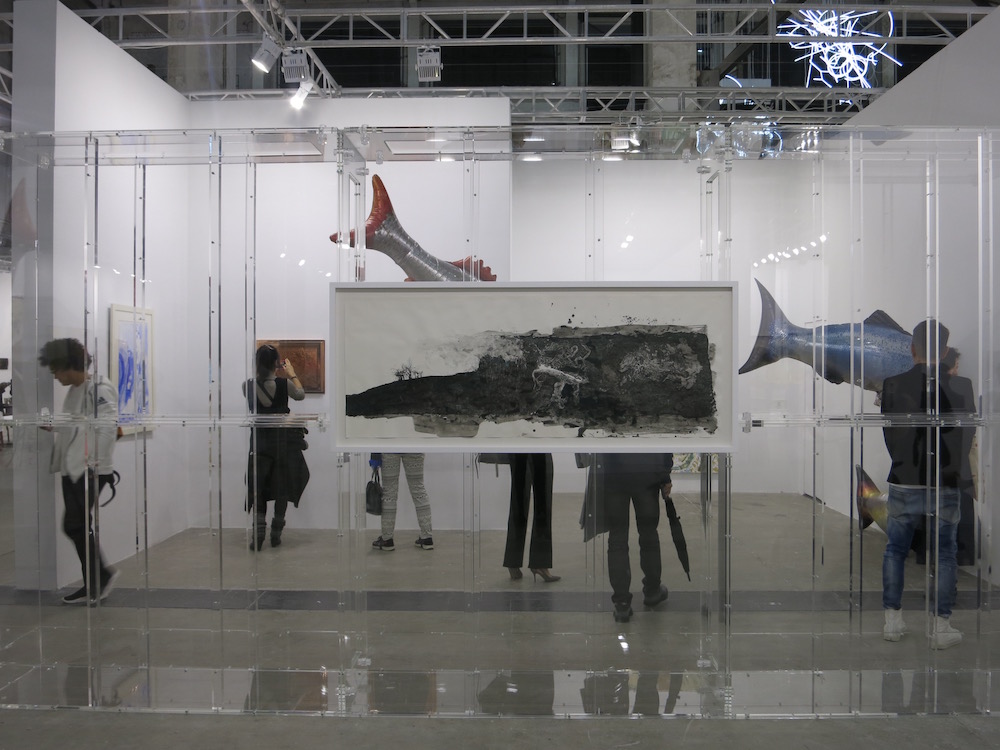 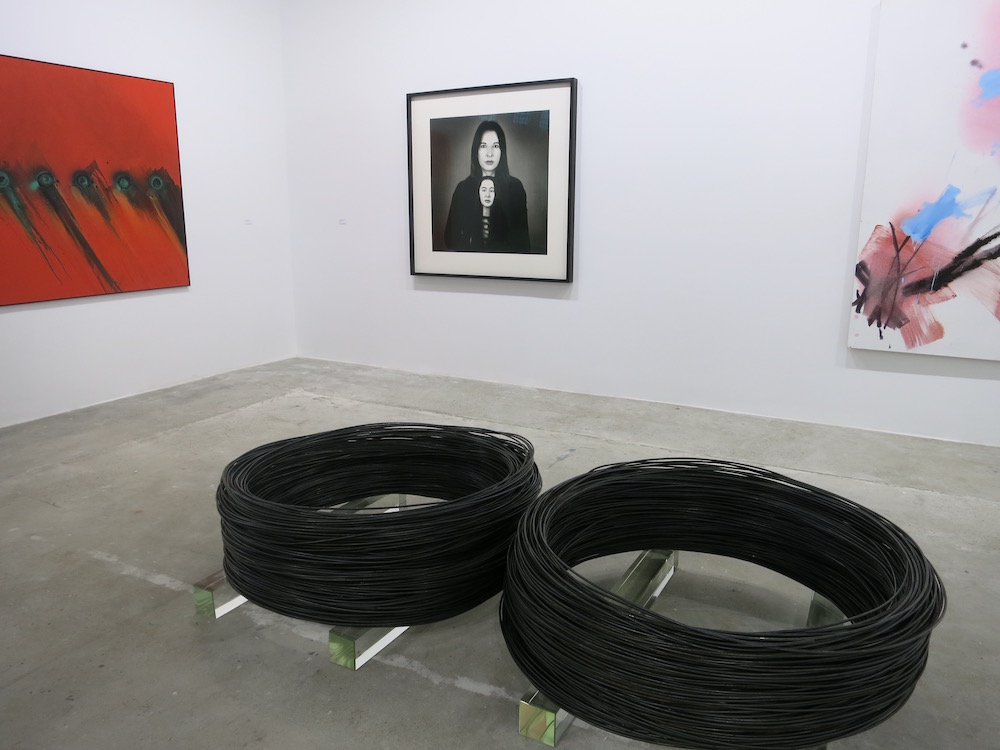 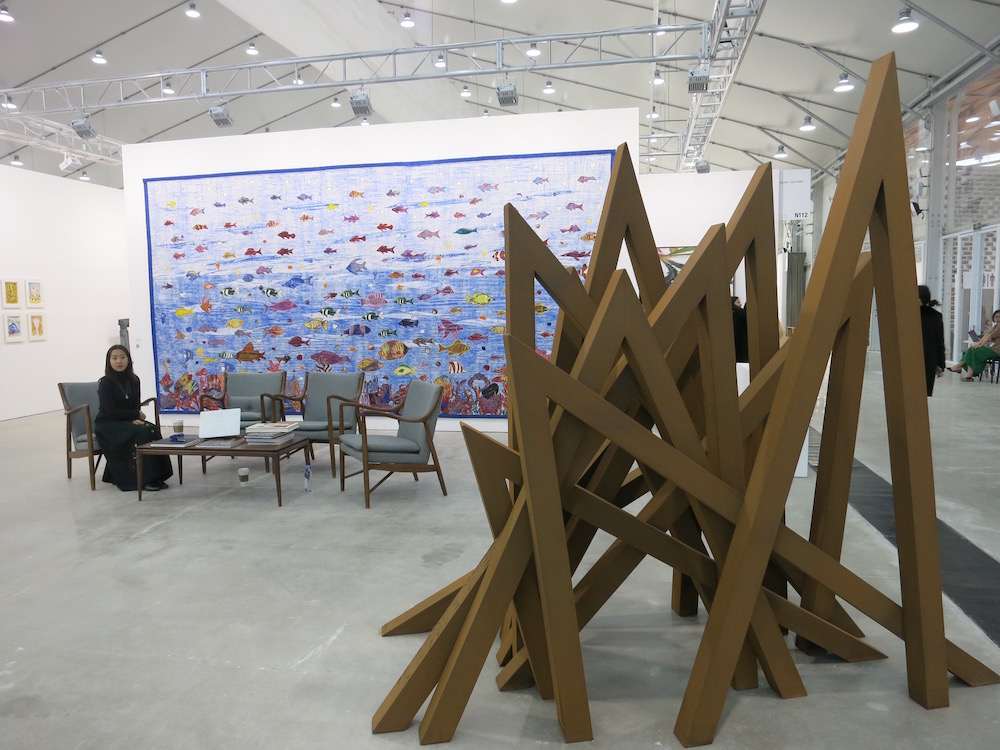 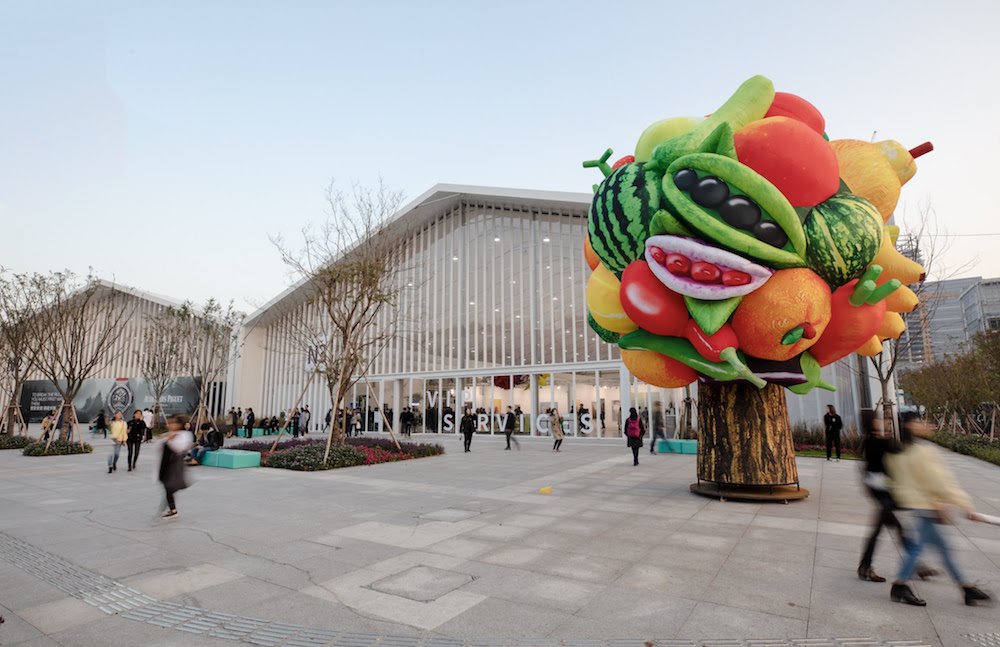